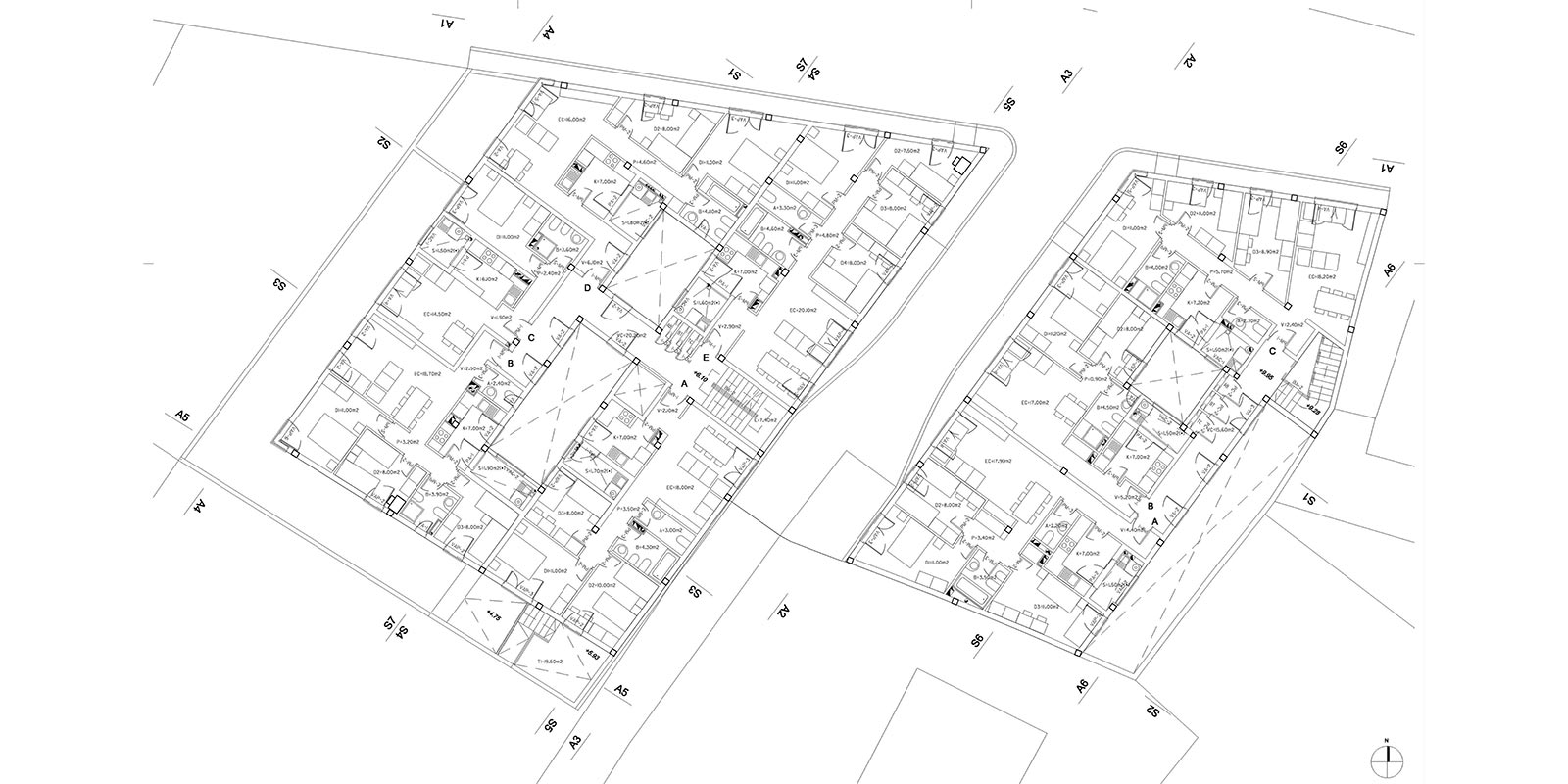 The plan was to undertake a project for 13 homes and one subsidised commercial space with a great variety in terms of unit types, ranging from one to four rooms plus one adapted home in accordance with Canary Island Housing Institute requirements. However, despite the severe geometric and topographic constraints of the plot, 15 dwellings were hashed out as part of the proposed solution.

The street Guía that faces the plot has a very steep slope (between 14% and 17%), dividing the building into two blocks called No. 11 and No. 17. They had to be separated by an intermediate path running perpendicular to the main street in order to serve other plots. Block 11 is located at the highest level, partially attached to the existing building, while Block 17 (free-standing and with a more developed façade) is staggered over two levels due to the unevenness of the street. In contrast to the general aesthetic restraint of the solution (which features a mainly white façade except for the exposed concrete of the doorways and the subsidised commercial space), stone paving blocks in three different colours are used on the sills of the windows.